Partnership has an infinite number of facets. Our diverse mix is the best proof of that.

Over the course of 24 albums, legendary comic hero Tim (French: Tintin) goes on adventures around the world as a roving Belgian reporter. Illustrator Hergé gives him a faithful sidekick in the form of Struppi (French: Milou). The French name given to the popular fox terrier came from Hergés first love, who went by the nickname Milou.

Long-term relationships may be taken literally here. Prince Philip (98) has been married to the British Queen Elizabeth (93) for more than 70 years. Contrary to many rumors, this long period together also stands for a great love story.

It’s the true story from Japan of what was likely the most faithful dog in the world. Even after his death, the male dog of the akita breed named Hachiko waited daily at the Shibuya railway station for his master Hidesaburo Ueno to return for almost 10 years. His loyalty touched millions of people, and in 1934 he even received his own monument.

United in love and in research: Marie, born in Poland, and her French husband Pierre were passionate physicists. In 1903, the two received the Nobel Prize for their experiments on radioactivity.

NATURE THROUGH THE LOOKING-GLASS

Prey? No, friends! In a Russian zoo in 2014, a leopard just a few months old and a goat just as young formed a friendship that was likely to be limited in time but that was nevertheless quite close. Partnerships among non-equals like this occur again and again in the animal world.

The rebel pilot and the cutest beeping tin can in the universe: in the X-Wing Fighter, Jedi Knight Luke Skywalker and little droid R2-D2 are an unbeatable team in countless Star Wars battles. The irony of the story is that the astromechdroid was previously the faithful companion of Luke’s father, Anakin Skywalker, who later became Darth Vader. Anakin also successfully modified R2-D2, including the addition of a highly intelligent computer unit. Thanks to these new abilities, he later was able to not only save Luke’s life several times but also provide crucial support to the rebels.

Two artists, one pair: Rosa Loy and Neo Rauch are the Leipzig dream couple among artists – officially married since 1985. They paint separately and together, mutually inspiring each other. In this way their work also reflects a partnership that is truly lived. An outstanding achievement of their joint collaboration is the Bayreuth Festival 2018 stage design for the opera Lohengrin, which they painted together for months in the Dresden theater workshops.

A ROMANCE AMONG DOLLS

Even the most famous doll in the world has a love life. Boy-toy Ken was the man at Barbie’s side starting in 1961. In 2004, Mattel announced that the two were separating, only to reunite the dream couple again in 2011.

The two tennis stars Steffi Graf and Andre Agassi are one of the dream couples from the international sports scene. They said “I do” in October 2001, and 18 years later they are still happily married. They support each other in raising their two children. Even though rumors of separation come up again and again, the relationship seems stable. In an interview, Steffi Graf reveals “respect and a sense of humor” as the secret behind their success. 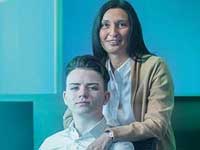 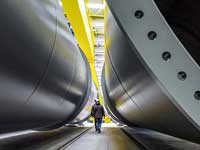